Spiced Chocolate and Pear Cupcakes (Or: Bake Off Episode 1) 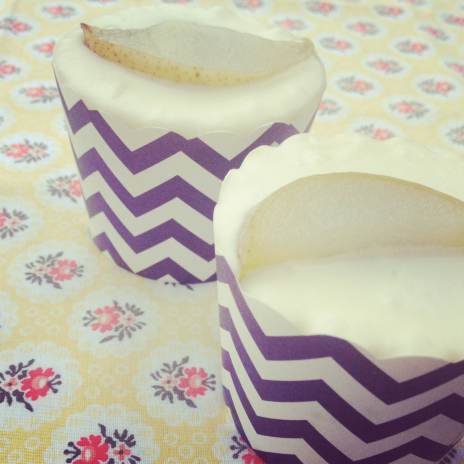 It is the last day of school holidays and I am finally typing up a post — the best laid holiday plans of teachers and bakers, my friends — but never fear because Katie and I (individually and collectively) have been busy in the kitchen making all sorts of stuff! Pretzels! Pickled Rhubarb! Quince Jelly! Carrot Cake! Many other types of cake!

The other major thing that has happened is that The Great Australian Bake Off has started airing and my face is on the television, what even?! You can see clips of the show on the website but I’ll link you to the most important part here i.e. the bit with Tiny Baby Arty being adorable.

I watched the show on Tuesday night with a bunch of my peeps and it was so lovely and I’ve only really heard positives so far. Hooray Bake Off! So that I don’t clog the New Fat Ladies twitter with all my #gabo shenanigans, you can find me at @ess_jay_bakes where I pretty much make hearteyes at the tv through the medium of twitter.

So, in the spirit of Hooray Bake Off!, here are the cupcakes that you got to see Dan and Kerry eat and compliment and me make silly faces about.

END_OF_DOCUMENT_TOKEN_TO_BE_REPLACED

A slightly more detailed Bake Off post (Or: HOLY SMOKES BAKE OFF!!!)

Anyone who has ever had to spend time in the same room as me for more than ten minutes ends up getting asked about whether or not they’ve watched The Great British Bake Off. Because I am obsessed. I force people to watch it — more often than not, I force them to watch approx 2 minutes and then they too become obsessed and so on — and then force them to discuss it in ridiculous amounts of detail and have them endure me talking about what I would have baked for that challenge and how I would audition for an Australian version in a heartbeat.

So, when one of my friends emailed me a link to an online application form for an Australian version, I may have made a very unladylike shriek and then began filling in the form.

I have never auditioned (or wanted to audition) for any other cooking show but, come on, it’s BAKE OFF! I JUST LOVE BAKE OFF SO MUCH! I wanted to be that person in the marquee with a cup of tea and ganache all over them! I could do that! I could be a bake off baker!

And then, somewhat surprisingly and two auditions later, I was. 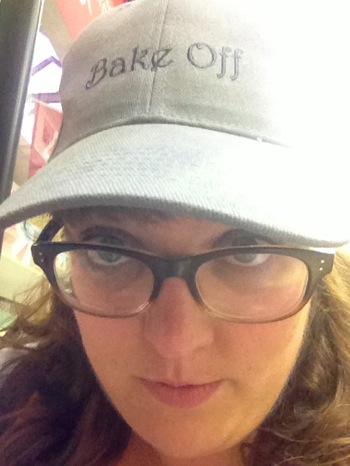 Now, I’m not allowed to give away too much yet but I can answer the following questions which my students at school keep asking so I guess some other people might want them answered too.

It was such an amazing experience and I am so glad that I hit submit on that application. I genuinely loved every second of it, even when it was long and frustrating and things weren’t going to plan!

I’m planning on doing some more Bake Off related blogging when the show gets going and I’ll hopefully be able to share some of the recipes as well. I also now have a personal baking-specific twitter, @ess_jay_bakes. Follow me there and see me flail about Bake Off in real time!

Bake Off. It is the best. Fact.

Chocolatey Zucchini Loaf (Or: And some other news.) 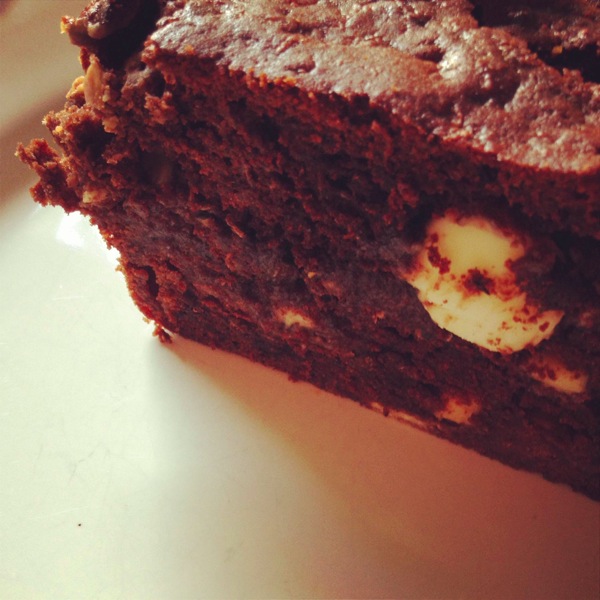 I feel like this is part 7000 in my ongoing attempts to use all the zucchini.

I’ve had this Double Chocolate Zucchini Loaf from Tracey bookmarked for ages and when we brought in another bumper crop of zukes, it seemed like a good idea. Then Melbourne threw a spanner in the works by having such hot weather. Not only was it too hot to bake anyway, our air-con gets cranky if we have the oven on at the same time as it. Finally, Sunday morning was cool enough for me to bake before it heated up too much. I GOT TO THE GRATING! And then to the eating. Seriously, this was all that was left by the time we got take a photo.

Related: my lovely Lady Friend Esther made us a delicious Zucchini Slice for dinner last night (with yet more zucchini) and I thought I should bring it to your attention. Also, that’s her blog all about our little family and it makes for some excellent reading. (Here ends the cross-promotion.)
END_OF_DOCUMENT_TOKEN_TO_BE_REPLACED

Zucchini Pickles (Or: Hooray! Something to do with the enormous zucchinis we are growing.)

Esther and I have become garden people. Well, Esther is the one who is doing the bulk of what gardening types refer to as ‘keeping things alive’. We pulled up a bunch of our garden last year and went crazy Broadway-style at Diggers. We planted a bunch of this type of zucchini and they are amazing! Would recommend! However, by gum, are they prolific!? So many zucchinis.

Now I grate a zucchini into nearly every single thing I make already and the number of zucchini we had was out of control. Something had to be done!

Based off this recipe and freaking delicious.

Step one: be lazy like me and crack out your food processor. I chose the blade that would cut the zucchini the the thinnest slices but, in retrospect, I’d probably make them a little bit thicker next time.

Use your food processor to slice up the zucchinis and onions. Place in a large bowl with the salt and cover in cold water (chuck in a few ice cubes to make it super-icy). Leave it for an hour.

After an hour, drain and dry thoroughly. I used my salad spinner and did four ‘loads’ of zucchini. I spun each lot four times and that got most of the liquid out.

Combine the vinegar, sugar and mustards in a saucepan and simmer for five minutes. Set aside to cool until room temperature.

Put the dry zucchini in a bowl and pour over the cooled brine. Divide amongst sterilised jars (remember – we did jar/bottle sterilising before!) and leave over night before eating with alll the things! 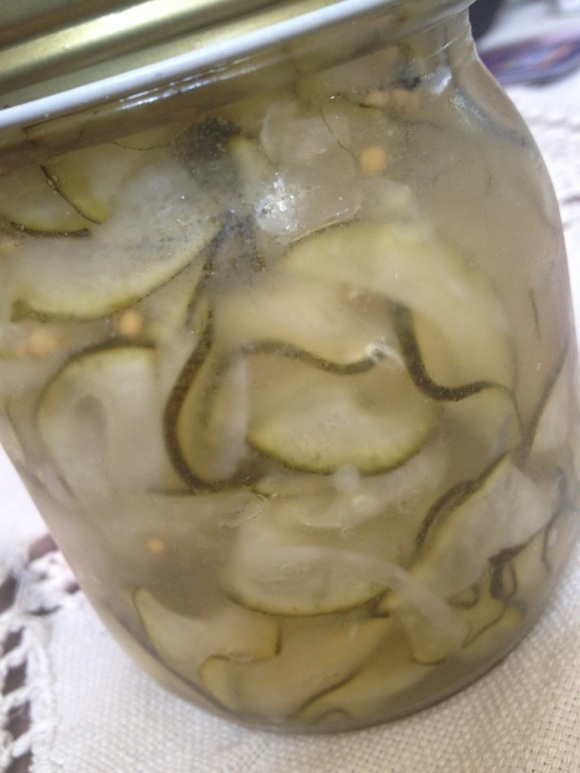 So, you’ve made your delicious sunflower seed pesto and you are wondering what to do with it — as opposed to just shoving it in your mouth as is — look no further!

END_OF_DOCUMENT_TOKEN_TO_BE_REPLACED 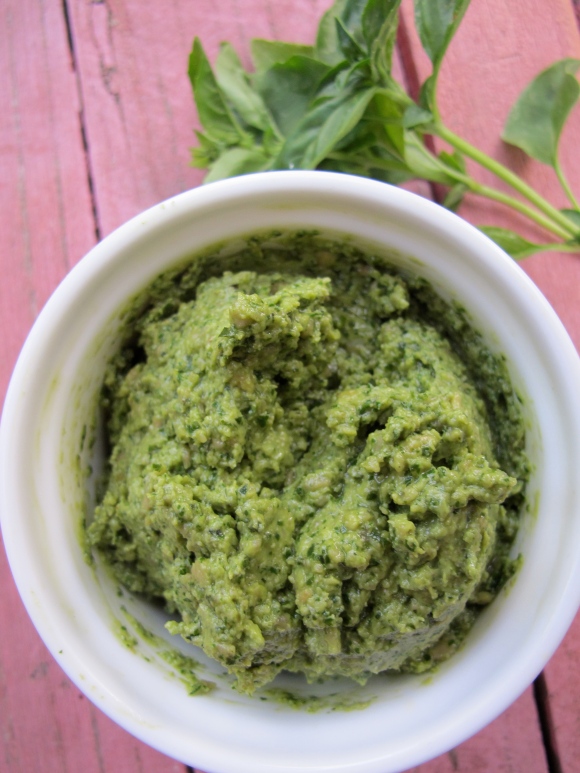 One of our close friends has a nut allergy. Not, as I originally typed, a ‘butt’ allergy. As far as I know, she is fine with butts.

She has never eaten pesto. Ponder that for a second. No pesto. Ever.

I was watering our basil one day and thinking about how to remedy this situation and I turned to my faithful pal, the internet.

Sunflower seeds. THE DELICIOUS ANSWER WAS THERE ALL ALONG!

I grabbed handfuls of basil and ran to the food processor. I was going to make this happen for her. Yes indeed.

So I whizzed up all the pesto ingredients and, revelation time, sunflower seed pesto is infinitely more delicious than ‘normal’ pesto. Dump the nuts and go seeds, folks. You won’t regret it.

And our nut-free friend enjoyed it too.  END_OF_DOCUMENT_TOKEN_TO_BE_REPLACED